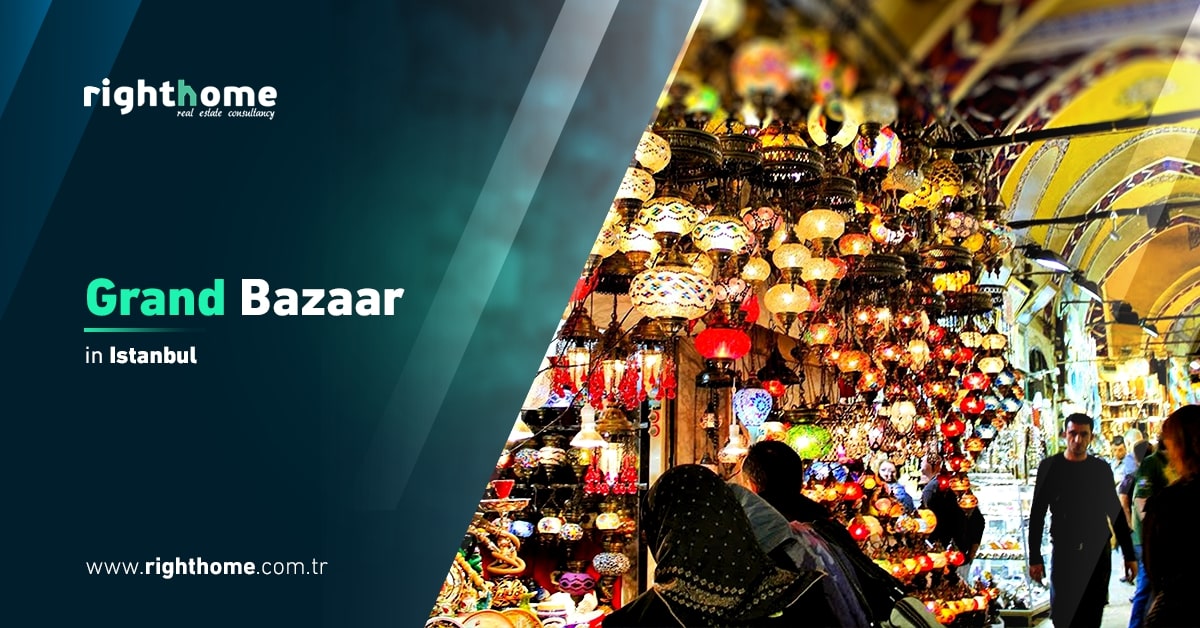 Istanbul is one of the most important and famous tourist destinations in the world , visited by tourists of different nationalities and religions throughout the year . It is a large city divided between the continents of Asia and Europe , and has a long history and authentic civilization , along with modernity and rapid urban development .

Istanbul is one of the largest tourism cities in Turkey and the second largest city in the world in terms of population , with a population of 15 million and 29 thousand and 231 people .

Istanbul city is a dream destination for many travelers and tourists around the world , here meets East and West , in this city , which hides a lot of sites of history , culture , monuments , architecture , food , old buildings and other places that fascinate tourists and make them repeat the experience of visiting Istanbul from time to time .

Istanbul markets attract tourists because of the variety of goods and high quality , and the prices of goods are cheap and competitive compared to the rest of the world markets .

Istanbul city is spread over a wide area , and the markets of Istanbul vary greatly , from old and historical popular markets , to modern and upscale modern markets , shopping malls , wholesale markets , and popular markets , all of which have options for Investment , but some of the shops in Istanbul has special features that made it distinct from others .

One of the most famous markets of the city of Istanbul , which is popular with tourists from all over the world , is the Grand Bazaar .

The Grand Bazaar , or as it known , the covered market , his story is that after Sultan Mehmet conquered Istanbul , in 1461, he ordered the construction of a commercial market serving the Hagia Sophia area . Initially , it was only a wooden structure , followed by the use of bricks and stones in construction , and the market quickly expanded gradually , until it became the main commercial market of the capital of the caliphate , and was called the ( Grand Bazaar ) , and because of the bad weather , the traders of each of the streets of the market built a cover or roof , to be a catalyst and attracting the largest number of customers , until the market became fully covered , and the ceiling permeated some windows and openings to provide light and air , what gave him the title of covered market . The Grand Bazaar is one of the largest enclosed markets in the world , and consists of 60 streets with more than 5.000 shops . 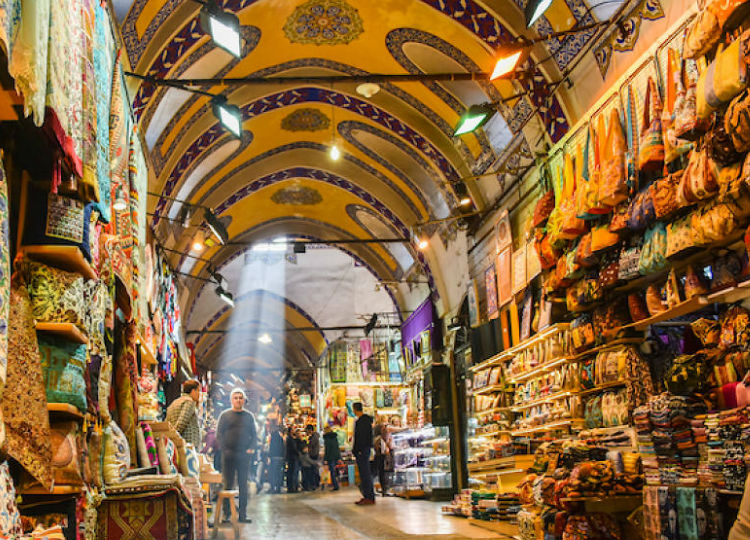 The covered market is approximately 30 hectares , or 30 thousand square meters . The large market is famous for its many crafts from the beginning of its inception , where the street was called on the name of the craft or handicrafts that spread through it , for example we find a gold market , a silver market , another market for copper , a market for fabrics , a market for spices , a market for sweets , and so on . The market is surrounded by eighteen main doors , the most important of which (Bab Nuruosmaniye ) , which is painted on the façade of the Ottoman emblem , the door of the upholsterers , the door of Mahmut Pasha , the door of Ba Yazid .

The Grand Bazaar or the covered market also includes four fountains , two mosques , several cafes and restaurants , a police station , and information centers serving tourists . Approximately 25.000 people work permanently in the bazaar , and there are an unspecified number of street vendors who sell their products in the Grand Bazaar .

As you walk around the market , you’ll find it a bit crowded , no wonder , as the covered market receives about half a million visitors a day , it is one of the most famous tourist attractions in Istanbul , and it is worth a visit that will enable you to walk between the roads and discover the hidden , to discover the past and the history that emanates from its walls .

The Grand Bazaar is one of the most interesting sights in Istanbul . This maze has evolved from winding roofed streets over a period of 250 years , and now looks as perfectly as one of the most important markets in Turkey .

What distinguishes the Grand Bazaar is its unique location in the heart of the city , in the center of Istanbul , where it is frequented by those who come out of the Grand Mosque after prayer , especially on Fridays , or come to negotiate a special trade , or who carries a commodity and wants to sell it , whether it is gold , fabrics , carpets , etc . 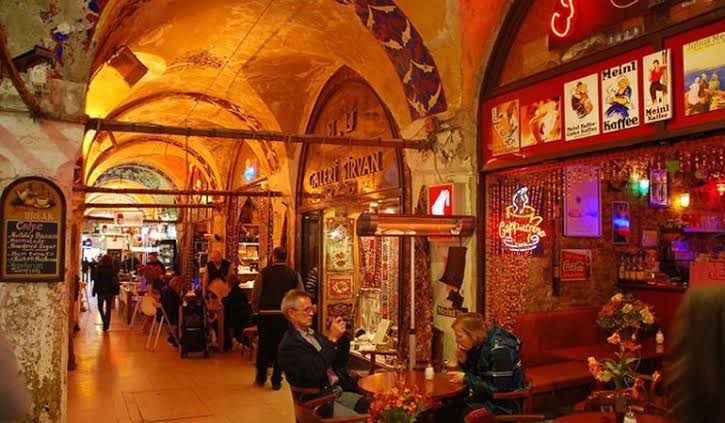 One of the most important historical monuments of Istanbul , and one of the most distinctive features of this charming city , the covered market in Istanbul , or as some call it the closed market or the Grand Bazaar , was considered the center of the stock market during the Ottoman era .

You can walk around the covered market for long hours , and you will be puzzled over a lot of shops , some of which sell antiques , weapons and copper tools , and some who sell wonderful spices , silk carpets , gold , traditional jewelry , precious stones , leather clothing , gifts with a commemorative value .

The roofed market has the largest historical treasury , an ancient treasury of jewelery , precious archaeological objects , some weapons and coins , and in the middle of the market is the Cevahir Bedesteni , which is famous for its most precious jewelry and watches . It is the oldest square in the covered market .

The covered market has an infinite number of shops , whose goods range from weapons , brassware and antiques . You will also find dazzling shapes of silk carpets , jewelery , gold , precious stones , clothing of all kinds , valuable souvenirs and wonderful spices . You will also be more eager to visit the Grand Bazaar when you hear about the 154 year old Eğin shop , which is dealt with by major Hollywood production organizations , to import the clothes and fabrics they need in their work .

The most prominent of those works is Pirates of the Caribbean , Noah , Troy , as well as Star Wars and Snow White , as Turkish production companies deal with him to buy what they need in their famous series , such as Sultana Kosem and the great series known as Hareem Al Sultan .

You might be wondering how this great edifice can last more than 550 years ! This market was subjected to severe and devastating earthquakes , storms and serious fires , but was restored after that , the first restoration was in 1984 after one of the very severe earthquakes . On the way to the market , you will find a lot of Turkish restaurants that offer popular Turkish food , and also the Turkish cafes spread in the market , where you will find the finest types of coffee that you will enjoy drinking while watching the past and heritage in its best form .

The area surrounding the big market is one of the most expensive areas in Turkey , in terms of rent price per square meter , to be about $ 3.500 , as confirmed by a company specializing in the field of real estate valuation in Istanbul in its recent research , the research was entitled ( the most expensive streets in Istanbul ) , According to the research , the average increase in rentals of shops inside the market is about 20% during the year , and tenants accept this increase in the market and its uniqueness as an unrivaled archaeological place in Turkey .

Sultan Ahmed Mosque is known as the Blue Mosque , relative to the blue tiles that adorn its walls , where the walls of the mosque covered by 21043 ceramic tiles , combining more than fifty designs , and painted decorations occupy every part of the mosque , and the blue color of the atmosphere of the mosque inside gives a strong sense of control of this color .

Hagia Sophia Museum is one of the most beautiful architectural monuments in Istanbul , this place , which combines sanctity and luxury , which was a Christian cathedral , and when the Islamic conquest arrived in the city of Istanbul they converted it into a mosque , but after the end of Ottoman rule in Istanbul it became a historical museum . Hagia Sophia Museum and Mosque is located opposite Sultan Ahmed Mosque in Fatih area , on the European section of Istanbul . Hagia Sophia Mosque and Museum , is one of the most beautiful tourist places in Istanbul , and in Sultan Ahmed area .

It is a housing and investment project , that built on a land area of 5.000 square meters .

The project located in Topkapi area , on the European side of Istanbul .

The strategic location of the project in the heart of Istanbul , where you can reach the most important and famous places such as Shopping Malls , Taksim , Sultanahmet , Sultan Eyub , Maslak , Besiktas , Emirgan Bosphorus Coast and Fatih Sultan Mehmet Bridge in only 10-15 minutes .

The location of the project is distinctive and attractive in a sophisticated investment area and a lively business center , located near the metro and bus station .

For more details about the project, visit the following link : RH 196 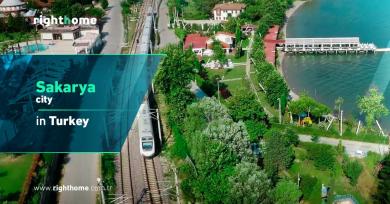 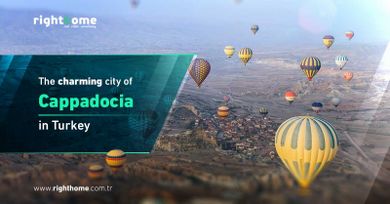 The most famous shopping malls in Istanbul 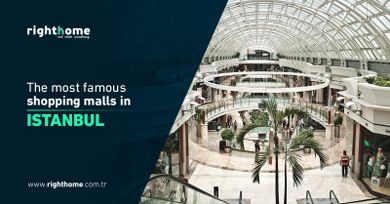 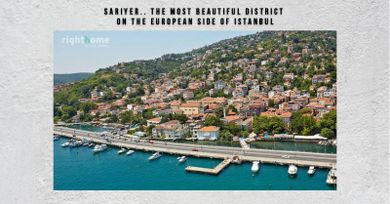